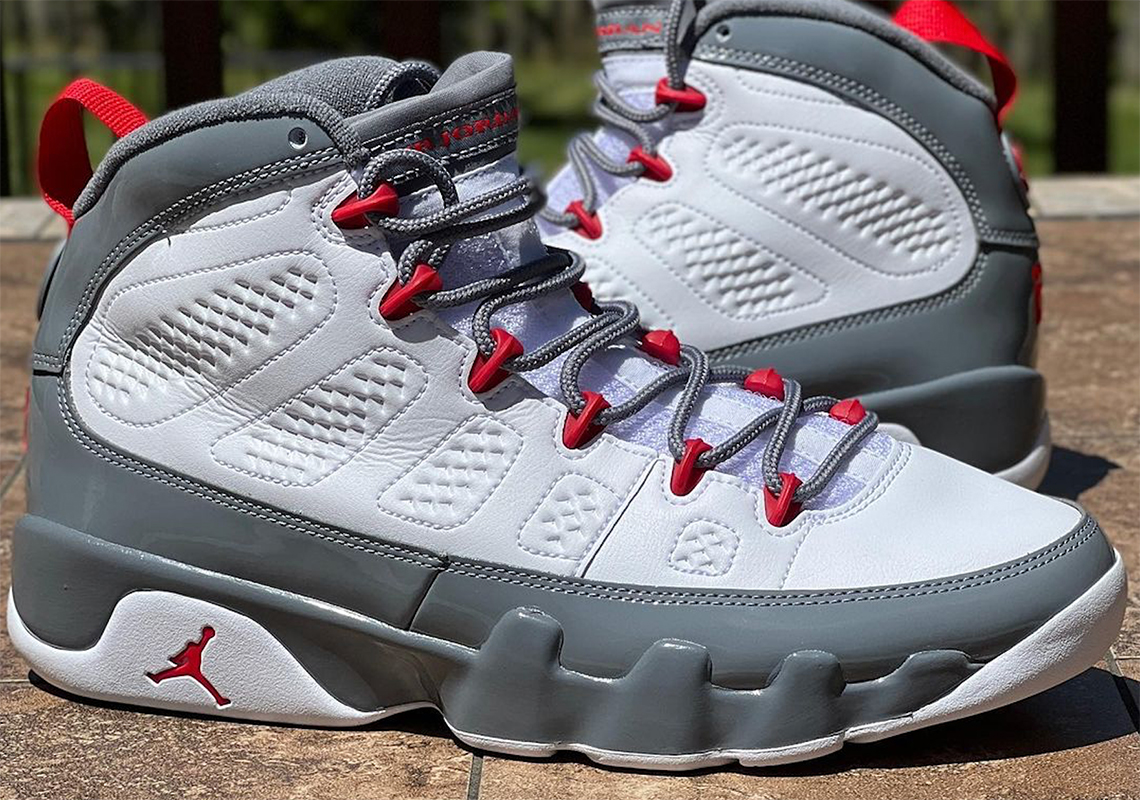 Sometimes the most subtle changes can create the most drastic differences. This upcoming Air Jordan 9 “Fire Red” is an example of such impactful changes, as the simple addition of Fire Red gave the Air Jordan 9 a quick facelift.

Gray is no stranger to the Air Jordan 9; 2002’s Air Jordan 9 “Cool Grey” and 2003’s Air Jordan “Flint” demonstrate just how well the neutral hue works on the AJ9. In fact, the base of this upcoming release seems to combine the two as it picks up the color blocking of the second with the patent leather application of the first. This 2022 release, however, adds a dose of fiery red to the lace eyelets, heel tab, and Jumpman branding, offering something relatively new to the Air Jordan 9 lineup.

A release date is currently slated for November 5, 2022. If you’re looking for something a little earlier, the Air Jordan 9 “Particle Grey” will drop June 21 on SNKRS and partner retailers.