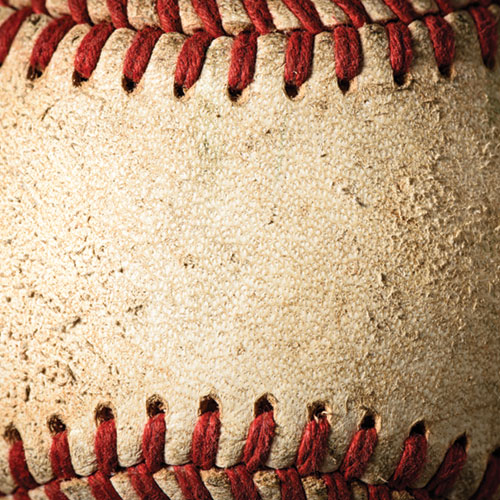 Everyone loves a behind-the-scenes look at movies, a chance to see things and learn details previously unknown to the general public.

We saw the films, but what happened behind the camera, or when the cameras stopped rolling?

What were the creative struggles and battles? What are the stories behind the story?

Two recently released books provide detailed insight into the making of two iconic films: “The Church of Baseball: The Making of ‘Bull Durham’: Home Runs, Bad Calls, Crazy Fights, Big Swings, and a Hit”, by “Bull Durham” writer and director Ron Shelton ($30, Alfred A. Knopf) and “Leave the Gun, Take the Cannoli: The Epic Story of the Making of ‘The Godfather'” by Vanity Fair editor Mark Seal ($28 $.99, Gallery Books).

For his book and a previous Vanity Fair story, Seal interviewed nearly 100 people, including film executives, crew members, actors and the film’s director, Francis Ford Coppola. As he notes in his preface, so many books and articles have already been written about “The Godfather”, released 50 years ago, in 1972.

“I hope I’ve added to their great work by revealing more of the story behind the making of a film almost as extraordinary as the one told on screen…” he wrote. 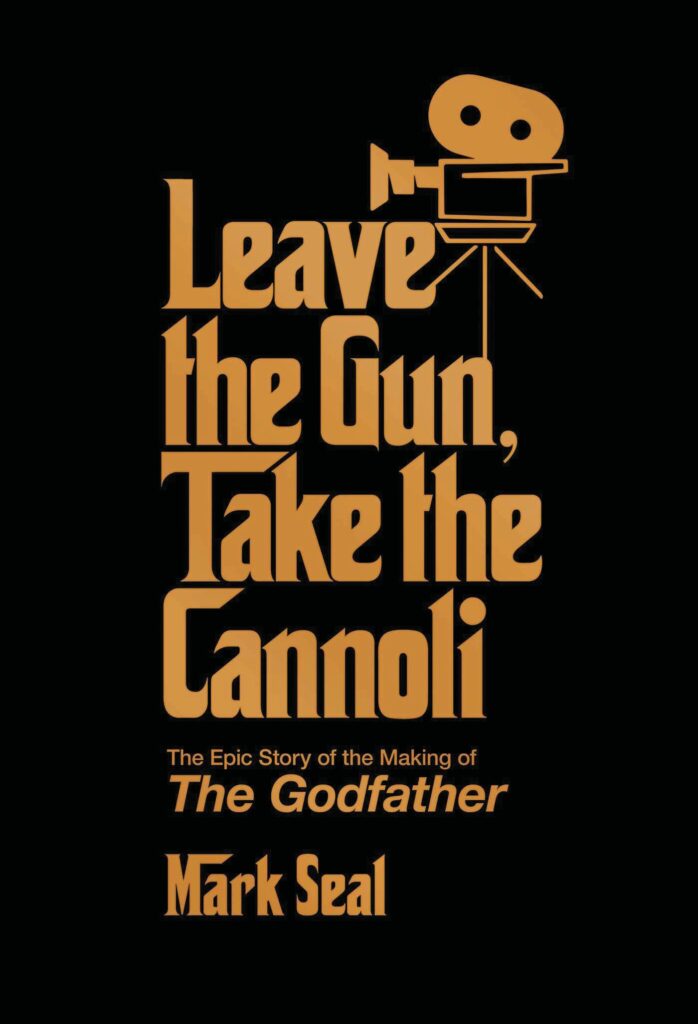 According to Seal, author Mario Puzo was a schlubby, plump, cigar-smoking man who wanted to be a literary writer. Scratching, he was deeply in debt due to his gambling addiction and had a wife and family to support.

After the failure of his first two books, he then wrote “The Godfather”, an openly commercial novel. He filled it with sex, violence, and memorable characters; the man who wanted to write like Dostoyevsky instead wrote the bestsellers Jacqueline Susann and Harold Robbins like then.

Much to Puzo’s astonishment, his book became a bestseller, with the paperback rights alone selling for a record $410,000. The hardcover caused a stir upon publication, appearing on The New York Times Bestseller list for 26 weeks, and eventually reached No. 1, remaining at that top spot from September 21, 1969, to February 1, 1970. 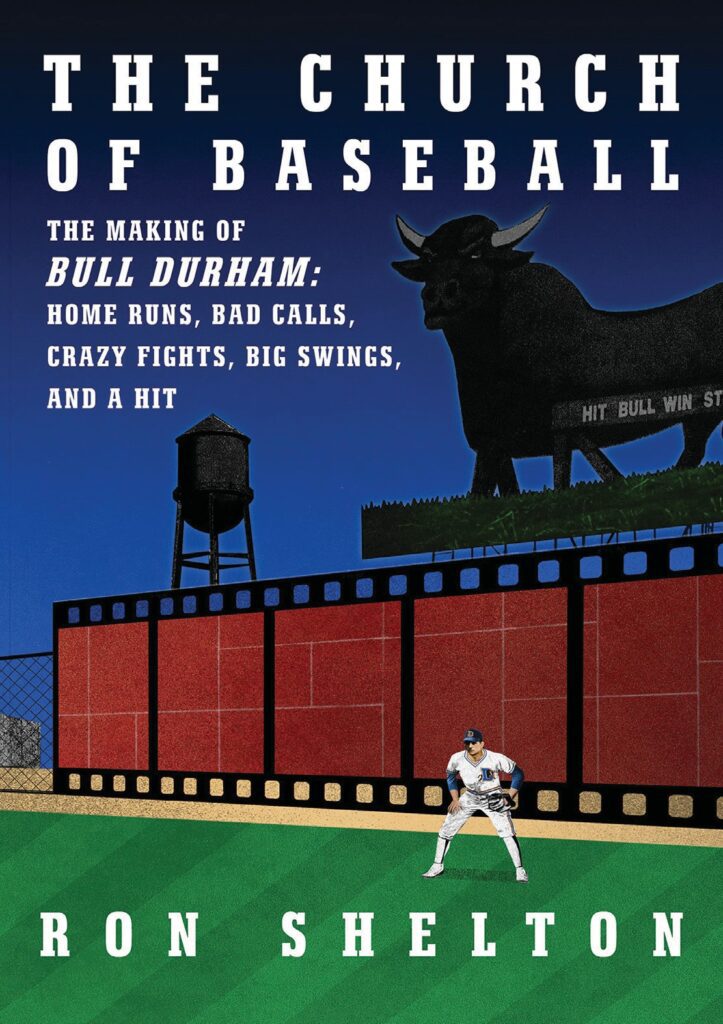 Paramount, a struggling film company, bought the rights for just $12,500.

Seal writes about the infighting in the studio, with new, inexperienced studio head Robert Evans micro-managing the film.

Evans hired Coppola, who was young (and therefore easily controllable, he believed) and also had the added bonus of being Italian-American. But the two heads clashed.

The studio didn’t want to make a period piece, they wanted to place it in the present. And although the book was based in New York, they didn’t want to shoot there, because they felt it was too expensive.

Coppola had his own take on who should star in the film while Evans considered everyone from Burt Lancaster to Ernest Borgnine to Danny Thomas to play Don Corleone. (He even thought Robert Redford should play Don’s son, Michael.)

Coppola finally got who he wanted all along: Marlon Brando, who for the role wore “a mouthpiece that made his jawline sag and cheekbones protrude.” Brando also wore a 10-pound weight on each shoe, to slow his walking.

And, Seal reveals, Brando, known for his pranks, had the entire cast and crew dreaming during the movie’s big wedding scene.

Both Puzo and Coppola felt the film should be about family and show the more human side of gangsters.

(Puzo had said he based Don Corleone on his own mother, a tough Italian woman who raised seven children in Hell’s Kitchen; many of the comments that came out of his mouth were passed on to the godfather.)

Singer Frank Sinatra felt that the book’s singer, Johnny Fontane, was based on him and was furious. (According to Seal, Fontane’s character is a “heavy drinker, womanizer, former crooner who looks to the godfather to jump-start his career.”)

The making of the film also drew the ire of Joseph Columbo Sr., “who is said to have been the powerful leader of one of New York’s organized crime families in the 1960s and well into the 1970s”. League of Rights, “through which he waged an aggressive campaign to end stereotyping of Italian Americans in popular media and entertainment”. He first fought to stop the production of “The Godfather”, before reaching an agreement with the studio.

Coppola describes the making of the film as “relentless anxiety” and “the most miserable period of my life”.

The Church of Baseball

Ron Shelton’s ‘The Church of Baseball’ is a much more intimate look at the making of a film, as he was both writer and director of the 1988 film ‘Bull Durham,’ which Sports Illustrated named the best sports film. all time.

He is able to tell us what he was thinking when he created the story, the look and the mood he wanted his film to have.

Shelton grew up playing baseball, but didn’t see too many movies; his religious family disapproved. He made up for lost time in high school and college, going to the movies indiscriminately. He also discovered a love of literature and storytelling in college.

After college, he played professional baseball when he signed with the Baltimore Orioles, playing in the minor leagues.

“Sport is both absurd and orderly, and full of unknown consequences,” he writes. “A game means nothing and means everything… I had already played enough sports that I felt like the sports movies got it wrong.”

He wrote “Bull Durham,” about Crash, an older player possibly past his prime (Kevin Costner) who is hired to help an erratic minor league pitcher, Nuke (Tim Robbins), become more disciplined. . Annie, a baseball groupie (Susan Sarandon) who sleeps with one player a season, chooses the wrong man.

She also narrates the film.

She begins by saying, “I believe in the Church of Baseball. I worshiped all major religions and most minor religions. I worshiped Buddha, Allah, Vishnu, Shiva, trees, mushrooms and Isadora Duncan.

Annie is a down-to-earth woman with literary and spiritual inclinations who loves baseball…and its players.

Shelton wrote the script following the adage “Write what you know”. And he knew minor league baseball.

“Yes, it was based on my life,” Shelton writes, “but life isn’t a story until it has a structural narrative.”

He took some of his own experiences and some of the stories he had heard from others and blended them into a film that was critically and commercially acclaimed. “Bull Durham” grossed $5 million in its opening weekend and over $50 million in North America.

Critic David Ansen of Newsweek magazine wrote that the film “works as both a love story, a baseball fable and a comedy, while ignoring the clichés of each genre”.

Shelton is probably the only person to pitch a sports movie to a studio describing it as “Lysistrata in the minor leagues.”

After “Bull Durham”, Shelton wrote and directed “White Men Can’t Jump”, “Tin Cup” and “Cobb”, among others. He also directed “Jordan Rides the Bus”, a documentary about Michael Jordan‘s year in the minor leagues.

Shelton’s book, “The Church of Baseball,” is both memoir and screenwriting advice, as it explains his creative process, where his ideas came from, as well as the scenes that made it into the film and those who were not.

It’s a love letter to baseball, to cinema, to storytelling. ¦