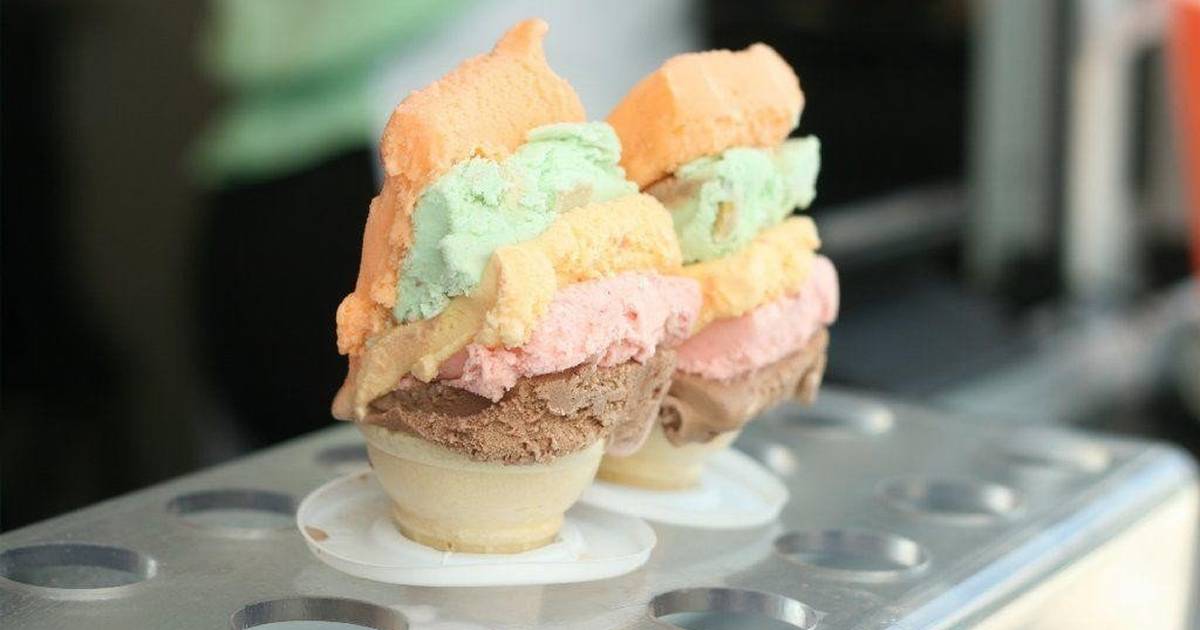 Ice cream lovers in Skokie and the surrounding area will soon have a new option as a Rainbow Cone ice cream shop is set to open next month as part of an expanded Buona restaurant.

Rainbow Cone started in Chicago’s South Side Beverly neighborhood and became famous for layering its five flavors of ice cream on a cone.

Buona Companies, which has a partnership with the Rainbow Cone family and creators, is set to start a new business with the venerable ice cream brand on May 11 at 3754 W. Touhy Ave., Skokie, location of Buona, according to Buona Marketing La director Candice Jordan.

With the opening, the Chicago North Siders will get a taste of what has been a South Side staple for nearly a century, she said.

“This is really the first time the North Side will be introduced to this particular type of ice cream. We knew we wanted to grow the brand and Skokie seemed like the perfect fit for us,” Jordan said.

The Skokie Buona restaurant opened in June 2020. A Rainbow Cone location opened in the western suburbs of Lombard in April 2021, making it the second permanent location after the South Side store. Rainbow Cone also had a seasonal location at Navy Pier, operates ice cream trucks, and appeared at Taste of Chicago.

Jordan said the store will carry all five original Rainbow Cone flavors along with other original merchandise. Although there are other ice cream shops in Skokie, Jordan said she thinks the market will welcome the new entry.

“Our original Rainbow Cone is so unique with its five stackable flavors and has been around as a Chicago staple for over 90 years,” she said.

The signature rainbow cone is layered with five slices of ice cream flavors, from bottom to top: chocolate, strawberry, Palmer House (vanilla with walnuts and cherries), pistachio, and orange sherbet.

The expanded restaurant concept received support from the Skokie Chamber of Commerce.

“Buona Beef is a wonderful destination and they have been partners with Rainbow Cone for a long time. By adding Rainbow Cone to this location, it just increases its visibility and makes it a more marketable location,” said Chamber President and CEO Howard Meyer. “They do this because Skokie is such a diverse community and we are also very friendly with new businesses within the community.”

Jordan said there would be a grand opening on May 11 with merchandise giveaways.

This will be the second dual-concept store for both brands. A similar business opened last year in Darien, Jordan said.