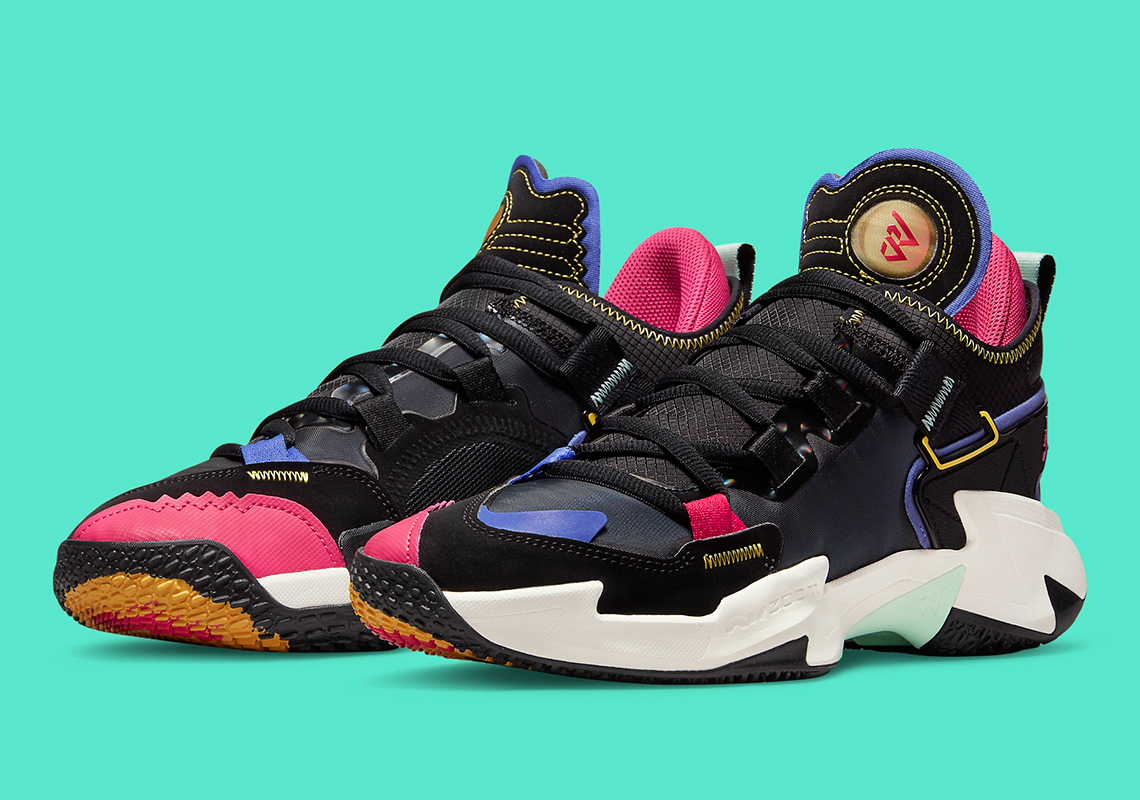 Russell Westbrook’s freshman year in Los Angeles was undeniably his toughest season yet. The former MVP and triple-double machine seems to bear much of the blame for the Lakers’ troubles, and admittedly that criticism is validated. Still, Westbrook’s off-field moves were successful; his Honor The Gift brand is among the most popular picks in boutiques, while his signature shoes with Jordan continue to be embraced by hoopers who like a little edge.

This playful mix of tropical hues on the Why Not .5 is slated for release later this summer. Using a black base, Jordan Brand adds watermelon. sapphire and mint moss strike to adorn the colorway, while a gold medallion appears on the tongue label. It’s unclear if these will come out before the end of the season, but hopefully this new pair will give Westbrook a boost as the Lakers desperately need an edge.

In other Jordan news, check out the Jordan 3 “Muslin” store listing.