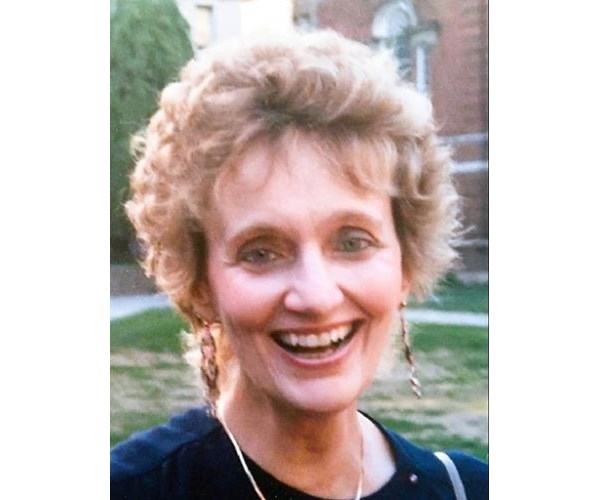 By John L. Mann On Feb 5, 2022
Share
Nancy Jordan Marcucci, 86, a longtime resident of Mechanicsburg and Camp Hill, died peacefully Dec. 26 at Tel Hai Retirement Community in Honey Brook, Pennsylvania after a long illness. She was in the company of her family members at the end. Known to many of her friends and family as “Sunny”, Nancy was born November 12, 1935 in Wauseon, Ohio to the late Ramon and Alma (Payne) Jordan and lived there until she moved to central Pennsylvania after marrying the love of her life, Nicholas J. (“Nick”) Marcucci in 1954. Nancy met Nick while working as a cashier at the Wauseon five and ten cent store where Nick shopped while working in Wauseon as an engineer building the nearby Ohio Turnpike. Nancy was the daughter of florists and flowers have always been an important part of her life. As she and Nick moved around central Pennsylvania, living in Camp Hill, Lower Allen and Mechanicsburg, Nancy always filled her home and garden with plants and flowers. Nancy’s love of gardening was matched by her love of reading. She was an avid reader and instilled in her children a love of reading and a desire for education. Nancy worked for over 27 years at the Mechanicsburg area high school library, retiring in 1997. Upon retirement, she made regular trips to the Simpson Library in Mechanicsburg for a new bag of books . An early member of The United Methodist Church of Mt. Olivet in Shiremanstown, Nancy remained an active member for more than five decades. She was a reliable producer and consumer at the church’s annual chocolate-covered Easter egg drive and generously provided her grandchildren with chocolate eggs. In the early 1990s, Nancy started a collectibles and antiques business named Sunny’s Collectibles. She had stalls in several local antique malls, was part of garage sales, and was an early adopter of eBay to expand her market. Her business has helped her amass a collection of decorative solar sculptures and plaques matching her name, which are now treasured keepsakes for her children and grandchildren. Nancy was predeceased by her beloved husband Nick after 62 years of marriage. She is survived by their children: Joseph (Elizabeth), Lisa, Catherine (Neil Sandson), Daniel (Grace Cordts), Susan Kennedy (John) and Andy (Mike O’Keefe). She is also survived by her grandchildren Laura and Thomas Marcucci, Charles and Lisa Sandson, Emma, ​​Olivia (Baris Ercal) and Macy Marcucci, and Andrew (Bretagne), Eleanor, Julia and Nina Kennedy; great-grandsons Azmi and Devrim Ercal and Finn Kennedy; a sister Marianne Harrington; and many nieces and nephews. She was predeceased by her parents and her brother, Ramon Jordan, Jr.. Memorial services will be held later in 2022. Interment will take place at the convenience of the family. In lieu of flowers, memorial contributions may be made in memory of Nancy “Sunny” Marcucci at The Simpson Library, 16 N. Walnut Street, Mechanicsburg, PA 17055. www.pennlive.com/obits

Published by Patriot-News from February 5 to February 6, 2022.

Like athletes, business leaders are changing the way they approach social issues