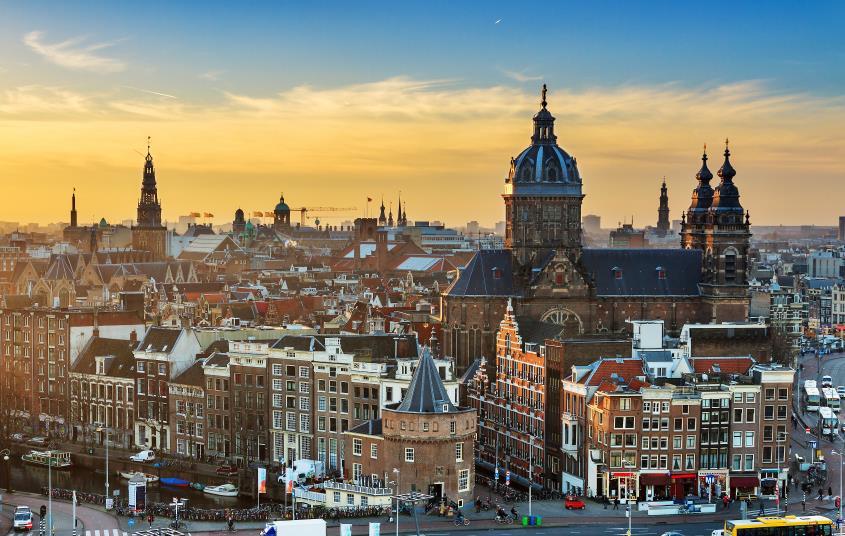 The number of independent pension funds in the Netherlands has steadily declined over the past two decades, from around 1,000 at the turn of the century to less than 200 today. Consolidation has been particularly widespread among company pension plans. Since 2008, more than 400 company pension funds have been liquidated. In 2021 alone, 15 funds closed and even more were involved in mergers, according to pension regulator DNB. In the first half of 2022, eight other funds ceased their activities.

Indeed, many pension funds are at a crossroads: will they enter the transition to a DC system (see article in this report) as a stand-alone fund, or will they liquidate or consolidate first?

“We’ve seen most of the consolidations with corporate pension funds asking themselves the question, ‘Will I do this exercise on my own, including implementing lots of new IT systems and other regulations, or should I close up shop?’ “, explains Hamadi Zaghdoudi, Benelux pension manager at Willis Towers Watson.

Most company pension plans are in a healthy financial position, with funded ratios averaging 133% at the end of June 2022, making them large enough to continue operating independently for some time. according to Erik Beckers of the consulting firm First Pensions. The relatively high administrative costs of many company pension schemes, which average around €300 per member but up to €1,000 for smaller funds, are also usually not grounds for liquidation.

“Companies appreciate the possibility of directly influencing secondary working conditions via their own pension fund,” says Janwillem Engel of pension consultancy Montae & Partners. In addition, administrative costs, which are often at least partly paid by the employer, are negligible compared to the total cost of retirement, he adds.

Members also appreciate having their own independent pension fund, says Wouter van Eechoud, director of the €5.3 billion IBM Pensioenfonds. “In particular, our retirees view the pension fund as an integral part of the IBM culture,” he added. “They are very happy to be with us.”

This high degree of satisfaction may also have something to do with the comfortable financial position of Pensioenfonds IBM, since it has a funding ratio of more than 150%. However, according to Daan Kleinloog, another pension consultant: “Surveys of members of company pension schemes tend to show strong support for maintaining an independent pension fund”.

Competition for mandates between asset managers and fiduciary managers is likely to intensify as the consolidation of pension funds in the Netherlands continues, according to Janwillem Engel of pension consultancy Montae & Partners.

On the one hand, the decrease in the pool of potential clients automatically leads to increased competition for fewer mandates. “But as the number of potential customers dwindles, the fish that remain are bigger,” says Engel. He expects this will also increase competition. “After all, the bigger the mandate, the more attention it tends to get. Not all fiduciary managers will be enthusiastic about competing for a €500 million fiduciary mandate.

Under the new pension scheme, pension funds will also have more scope to invest in illiquid assets such as private equity and debt, private real estate and infrastructure. This could potentially provide opportunities for specialist asset managers. “But how big that opportunity really will be remains to be seen,” says Engel. “Pension funds that opt ​​for the solidarity arrangement will have more room to add illiquid investments as assets continue to be managed collectively, but this is less the case under the flexible arrangement where different groups of age have separate investment pots.” Engel is not sure that the entry of Goldman Sachs Asset Management and Columbia Threadneedle into the Dutch market will have much impact. “Both acquired local players in NN IP and BMO GAM. As for Goldman Sachs, they find the Dutch fiduciary model very interesting, but the funds that are now going to market are skeptical, in part because of Goldman’s history in the Netherlands.

The company left the Dutch pension industry ten years ago after being accused of mismanagement by pension funds ABP and Vervoer. GSAM then settled both cases out of court.

So why is pension fund consolidation soaring? The reasons cited by pension schemes that have recently closed may provide some clues. Merchant bank NIBC’s pension scheme was wound up this year to join De Nationale APF, a commercial pension fund, citing a combination of regulatory pressures leading to ever-higher costs and, indeed, the upcoming pensions transition .

Another possibility is to merge with another pension fund, an option often preferred by sectoral schemes. The pension funds Vlakglas, the fund for window fitters, glaziers and paint and glass wholesalers, and PHJ, the scheme for the timber processing and yacht building industries, merged in April this year. Bert Oosterloo, who was chairman of the Vlakglas fund at the time of the merger, says: “Due to increasing regulatory pressure and associated cost increases, we have been looking for a partner for some time. According to Oosterloo, the upcoming pension transition “has accelerated the merger somewhat.”

The most common reason a pension fund goes into liquidation is lack of administrative capacity, according to Kleinloog. “Big companies tend to find administrators and train them, but it’s becoming increasingly difficult for smaller companies,” he says. Pensions regulator DNB has also increased the requirements that potential administrators must meet, which only makes it more difficult.

Funds that struggle to adequately staff their boards also tend to be smaller. “For these funds, it is more difficult to adapt their investment policy to the wishes of their members. Many funds attempt to implement ESG investments that meet member preferences. But if you only manage a few billion, the possibilities are limited,” says Engel. “That way, it will be harder for smaller funds to justify their continued existence.”

While the upcoming pension transition has served to accelerate the consolidation of smaller schemes, it may also have the opposite effect, notes WTW’s Zaghdoudi. “The transition to retirement takes so much effort that there’s no time left to search for potential partners,” he says.

But there is another dynamic at play, as Zaghdoudi explains: “If you liquidate your fund or join a larger regime now, you won’t be able to influence the terms under which you transition to the new system. Ceding control of your pension fund at the most exciting time in Dutch pension history seems illogical to me.

The consolidation of Dutch pension funds could therefore slow down for a while, as the social partners have little incentive to consolidate with the DC transition fast approaching. “The only reason to keep wanting to consolidate right now is convenience, if you feel like you just don’t want the hassle of the transition process,” says Zaghdoudi.

However, once the dust from the pension transition settles, consolidation should pick up speed again. Therefore, social partners would do well to keep the long term in mind when designing their pension plan for the new pension system, according to First Pensions’ Beckers.

He says: “If you know that you want to consolidate in the foreseeable time, the social partners would do well to take this into account when designing the pension scheme of the new pension system in order to make it compatible with those of possible future partners.

The pension funds, or rather the social partners who determine the working conditions, will have to make a choice between two types of contracts: the solidarity scheme, a uniquely Dutch construction of a DC scheme with several collective features; and the flexible arrangement, which approximates an individual CD but also offers the possibility of adding risk-sharing elements.

“If the social partners opt for the flexible regime, the funds will be more likely to discuss liquidation or consolidation at an earlier stage than if they choose the solidarity regime,” says Kleinloog. “After all, an individual DC arrangement is less demanding than an arrangement with specific solidarity characteristics,” he added.

Some pension funds and companies have already decided to switch to an individual DC plan early. This can be seen as a prelude to choosing the flexible arrangement, notes Kleinloog.