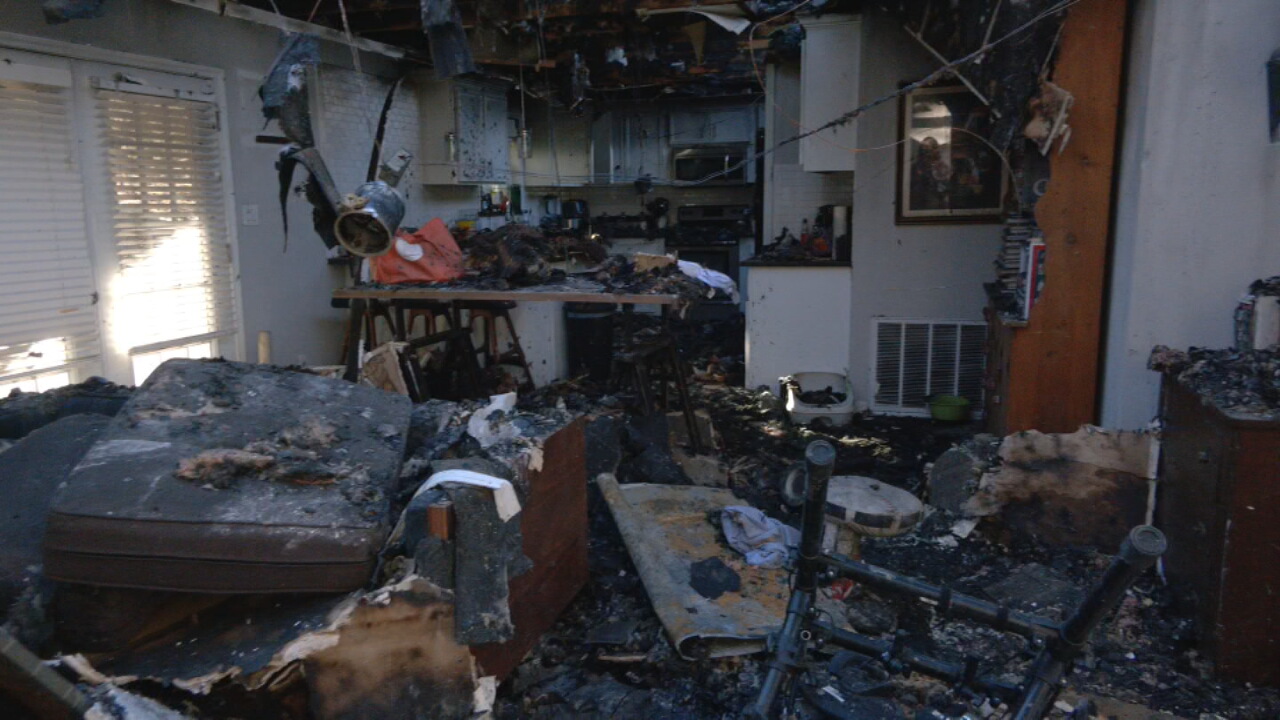 Tulsa family lose everything in fire 3 weeks after moving in

A family from Tulsa just moved into their dream home and three weeks later it caught fire and they lost everything they owned.

Julia Clary was coming home from work last week when she received a frantic call from her husband Jacob saying their house was on fire.

“I looked up and I could see the smoke in the sky and I was like oh my god that’s serious,” she said.

She says by the time she got home five minutes later, the roof of the house had collapsed. She says that they have lost everything and that the things that were not burned are damaged by water and smoke.

“Much, everyone is like oh it’s material goods, but yes it is material goods but like this is our home, and all my memories, they are gone,” she said. .

Jacob says the fire department said the fire was electrical and started in the garage.

He says it all happened so fast and his main priority was getting their kids out safely.

“I’m going to sift through what we have and it breaks my heart already, it does, but these are monetary things, these are memories, that’s good, but you get more memories when someone one is still alive, ”said Jacob.

Julia says it has been a nightmare and she mourns what they have lost, but so many people have stepped up to help them with things like meals and clothes.

“The people who feed us, the people who house us, I’m wearing everyone’s clothes right now, the little things, like someone has realized I need a toothbrush , these are the things that are really humiliating, ”she said.

The family stays in a hotel for the week while they figure out what’s next, and Julia says they’re just grateful that everyone is safe.

“It will just be one step at a time, one day at a time, because there is no manual on what to do when everything you own catches fire,” she said.

The Cape Brewing Company in Jenks collects donations for the family.

They collect these items:

To visit a GoFundMe for the family, Click here.

PlayStation Now subscription cards are being withdrawn in the UK