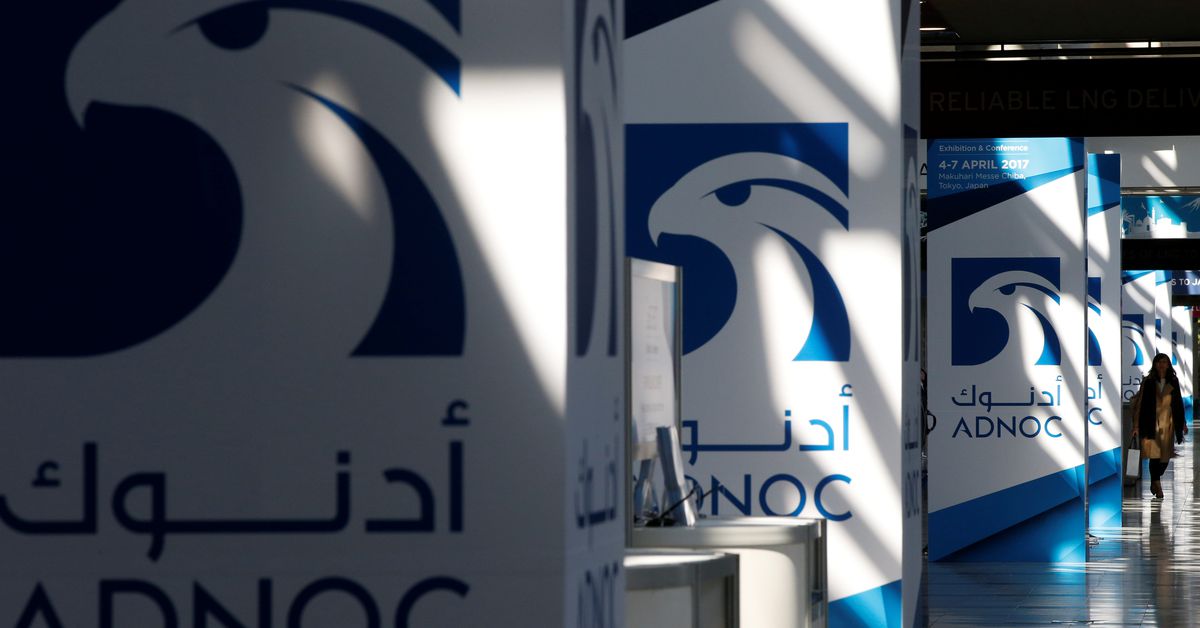 ADNOC’s logos are seen at Gastech, the world’s largest exhibition for the gas industry, in Chiba, Japan April 4, 2017. REUTERS/Toru Hanai

DUBAI, June 21 (Reuters) – Abu Dhabi National Oil Company (ADNOC) said on Tuesday it had identified products worth 70 billion dirhams ($19 billion) in its supply pipeline that could be locally made.

Of the total, ADNOC signed deals for local manufacturing opportunities worth 21 billion dirhams ($5.7 billion) with UAE and international companies during the Make it in the Emirates Forum which takes place in Abu Dhabi.

Local opportunities include more than 100 products for use across ADNOC’s value chain as it expands operations to meet growing global energy demand, the company said.

Jaber said the move would add at least 6 billion dirhams a year to GDP.