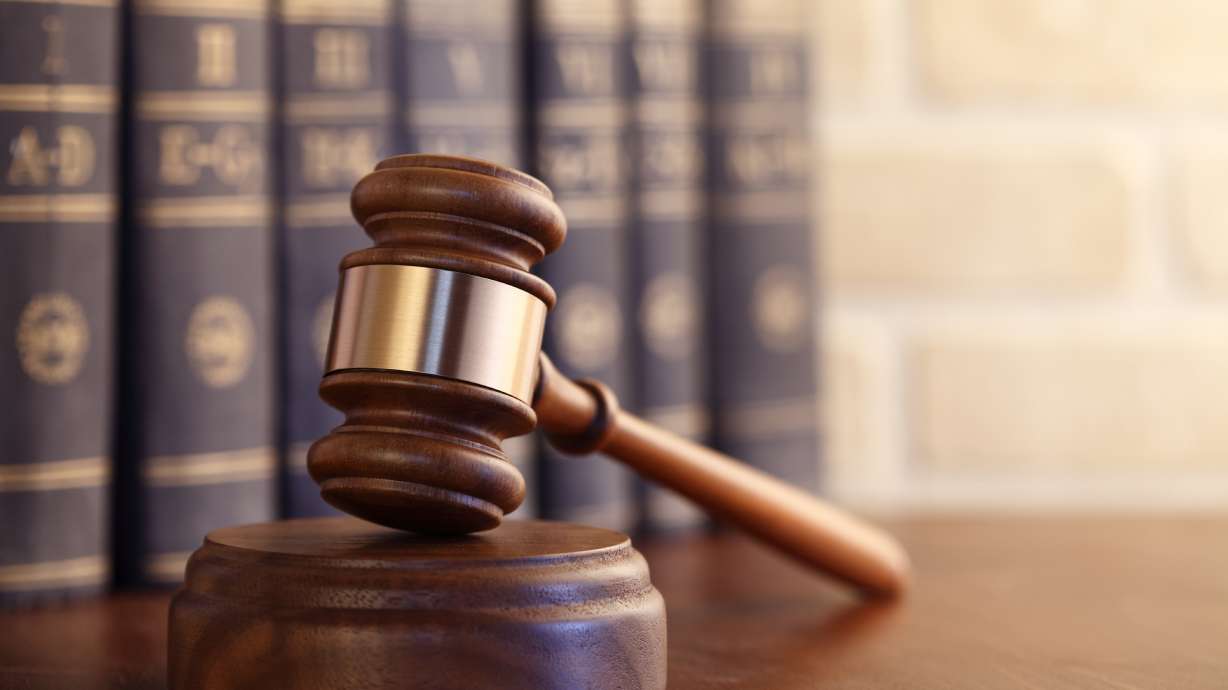 A West Jordan man has been charged with four armed robberies in Salt Lake County this month. (Heliopix, Shutterstock)

David Converse Harris, 33, of West Jordan, was charged with four counts of aggravated robbery, a first-degree felony; failing to respond to an officer’s stop signal, a third-degree felony; and failing to stop for the police, a Class A misdemeanor. One case was filed on Friday and three more on Monday.

Officers recovered a “realistic black BB gun that was constructed of metal and was a facsimile of a Glock handgun” from the March 16 incident, according to a police booking affidavit. Harris admitted to using the Airsoft gun during the robbery so he could “get money for his meth and Xanax addiction,” according to the charges. He also claimed that if he hadn’t been caught, his plan was to flee to Oregon, according to police.

Hogland, 32, was charged with obstruction of justice, a second-degree felony; two counts of assaulting a police officer, a class A misdemeanor, and failure to disclose his identity, a class B misdemeanor.

Increased solid waste rate may be coming for SLO residents