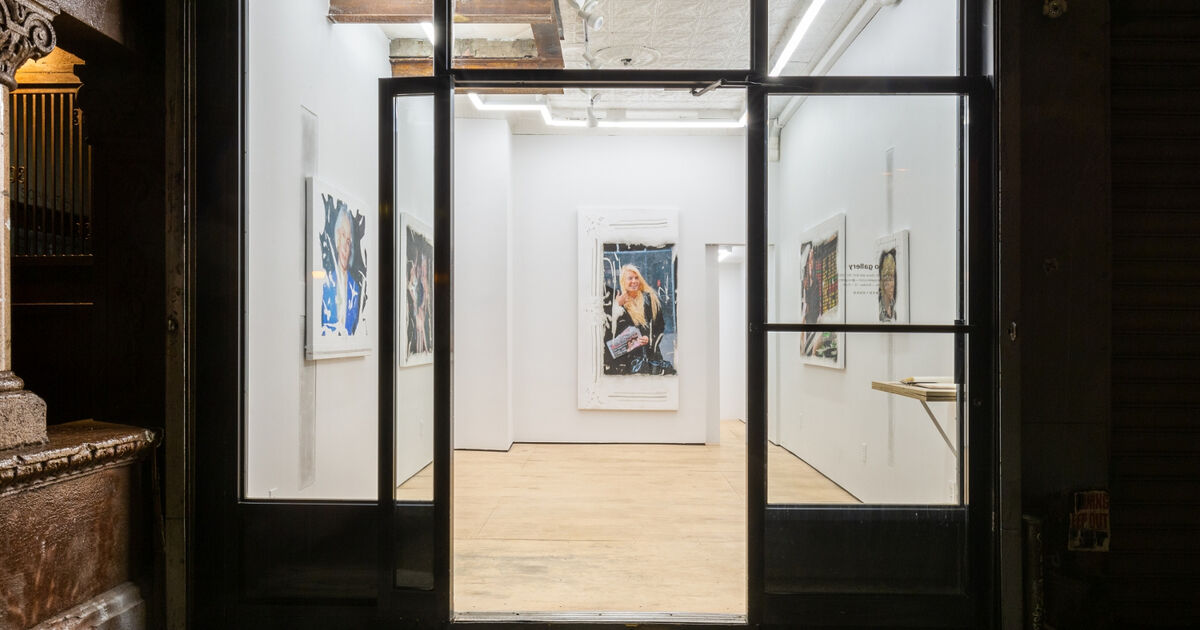 View of Valentina Vaccarella’s solo exhibition “Bless This Life” at No Gallery. Photo by Kristine Eudey. Courtesy of the gallery.

The large-scale contradictions at the height of COVID-19—quiet ghost town streets bustling with discontent, feelings of staggering loss and numbing stasis—were reflected in the smaller-scale instability of the art world. , full of dismal catastrophizing and mass furloughs, as well as strained optimism and demands for a democratized future. Chaos and hope, “new normal” and business as usual – these were the poles between which art seemed to perpetually shift.

But amid this oft-told era of seismic uncertainty, a number of galleries have opened their doors, finding a fertile new beginning, with cratering rents and upended expectations providing the perfect opportunity to launch new spaces. The challenges – and successes – of these new galleries are full of their own contradictions and illustrate how gallerists could fight the long tail of the pandemic.

When New York City went into lockdown in March 2020, Kristen Thomas and John Nickles, owners of the Thomas Nickles Project, were planning the first exhibition at their new Orchard Street gallery. The couple, who had held pop-ups and trunk shows across the city for years, had secured a lease for their first brick-and-mortar space and were about to begin renovations when the city gave the order to shelter in place.

“You can imagine the disappointment as one thing after another stopped,” Thomas said. “It felt like we were in a waiting pattern during the lockdown, but we never considered throwing in the towel.” Instead, Thomas and Nickles installed televisions in the windows of the space to display the work of artist Alejandra Glez while waiting for everything to be clear to continue their construction, and finally opened their space at the end of the summer of 2020. Their perseverance paid off, however, with well-received exhibitions by Cuban artists – such as William Acosta, Dionnys Matos and Yamilys Brito Jorge – and acquisitions by high-profile clients, including the Bank of America Collection.

Leila Greiche, founder of L’Inconnue gallery, found herself in a similar pattern of expectation when she attempted to set up her new space in New York in early 2020 after operating in Montreal for years. “I was just starting to get carried away,” Greiche said. “I had made the announcement, put out a press release about the opening, lined up the contractors. And then I went back to Montreal and had to wait.

Greiche’s lease said she didn’t have to pay rent until the landlord completed the renovations, so while she didn’t lose money during the lockdown, she couldn’t move on either, and the new space at L’Inconnue would not open until April 2021. During this long hiatus, however, Greiche said she has reconsidered her approach to exhibiting art.

“It helped me downsize and grow at my own pace, to make it more personal and directional,” she said. “I had realized how much more there was at stake, and so I had to re-engage. It was like a refining, a trimming of the fat. His inaugural show, with works by Emily Ludwig Shaffer and Françoise Grossen, set the tone for the program, and she went on to show artists like Birke Gorm, Clémence de La Tour du Pin and Jane Margarette.

Jordan Barse, who opened Tribeca-based gallery Theta in April 2021, felt a similar comfort in the room the pandemic gave her to prepare her new space, likening the process to a kind of pregnancy where all the natural struggles and growing pains can be cared for privately without the obligations of normal social life. For Barse (who had previously served as co-director of Ridgewood-based artist gallery Kimberly-Klark and worked at Kai Matsumiya Gallery), the idea of ​​opening a commercial gallery in Manhattan, particularly in an affluent neighborhood like Tribeca had long seemed like a pipe dream, until it was no longer.

After finding a basement to rent in a co-op on Franklin Street in early 2021 and securing a favorable lease with its landlord (poet and artist Jill Hoffman), Barse set out to build the gallery with an opening date. target this spring. And while she says she appreciated the more measured pace the pandemic has allowed, she still attacked the renovation process with an apparent sense of urgency.

“I was driving back and forth to a lighting store in Williamsburg in an Uber XL with eight-foot-long halogens all through February,” Barse said. “My contractor couldn’t start main construction until March, I wanted to open in April. With the pace of vaccines, I figured everyone would be out in April.” The gallery’s current exhibit – a solo exhibition by Canadian painter Alexa Hawksworth – is typical of a space renowned for its exhibitions of young, emerging talent, particularly her group exhibition earlier this year “You’re Finally Awake!”

A sense of eagerness to grasp the perceived terra nova of the pandemic era was a common factor among many who opened in the past two years. On Henry Street on New York’s Lower East Side, a surge of gallerists who started during the pandemic did so with the intention of carving out a new corner in an art world they saw as stagnant. or inaccessible.

“I was like, I want to have a gallery for all these kids who have nowhere to go,” said Leo Fitzpatrick, whose public access gallery opened in St. Mark’s Square during the first year of the pandemic before moving to its current residence at 105 Henri Street. Fitzpatrick focuses on cultivating a sense of accessibility to Public Access, showing exhibits from canon artists like Christopher Wool and cult favorites such as Larry Clark, as well as zine releases and pop-ups. “As rambling youngsters, these are times you have to enjoy,” he said.

Exterior of No Gallery displaying L’s work. Courtesy of the artist and No Gallery.

Installation view of Jenyu Jenyu’s solo exhibition at No Gallery. Courtesy of the artist and No Gallery.

Casey Gleghorn’s No Gallery, meanwhile, which opened in an adjoining unit at 105 Henry in June 2021, has taken advantage of the pandemic to show more thought-provoking art — think live eels on a pedestal, as in the work of Jenyu Jenyu, or a ritual of splattering pig’s blood on the sidewalk, as in the work of artist and alchemist L – and moving away from notions of commercialism. “During the pandemic, I was like, why am I doing this?” said Gleghorn. “Is it for the money? Because there are other things I could do for money that are much easier.… My goal here is for a certain type of collector to buy my artists, and for a certain type of person to come here to have more of a dialogue that is less about a pretty picture and more about an idea.

Still others sought to fit into the flexible social fabric of the time. “The [Black Lives Matter] protests were happening just around the corner, on the street, all around us,” said Joseph Ian Henrikson, whose anonymous gallery was formerly based in Mexico City before opening in New York in October 2020. “Knowing that the gallery being able to be part of that in a different way was important to me,” he continued. “The gallery has always been for me this place of exhibition, but also of dialogue. Anonymous Gallery now organizes a number of performances, readings and other events for the public in addition to exhibitions.

Despite these visions of the radical and the new, however, most gallery owners who have opened during COVID-19 agree that the day-to-day realities of running a gallery haven’t changed all that much. Online sales may play a bigger role and the virus may require a more agile approach to public events, but the effects these things have on day-to-day operations are ultimately minimal. The boredom of paperwork, the continued patronage of collectors, the anxiety of cultivating sustained interest after a buzzing start: it’s all still part of business as usual, even in the new pandemic-era art world. .

The return to pre-pandemic procedures – namely rental prices – has made the long-term viability of these new spaces difficult to assess. Most of the gallery owners interviewed for this article said they felt comfortable at the moment, either because they were in the middle of long-term rental contracts or because they had favorable relationships with their owners, but what will happen after these terms expire is anyone’s guess.

And yet, optimism abounds. “Honestly, I thought we’d see a lot of turnover once people got no more rent relief, and we still haven’t seen a lot of galleries close,” Henrikson said. “In fact, I feel like we’ve seen even more openings than closings. And so I think people are going to keep holding on.